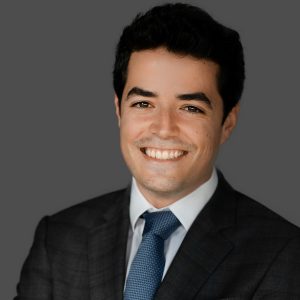 About Pablo
Pablo focuses on trade negotiations, policy, and strategy formulation within the consulting arm of the company.

Since joining the company in 2015, Pablo has worked on a wide variety of projects, involving a range of international organisations and donors, including the International Trade Centre (ITC), UNCTAD, the European Commission, GIZ, DFID, the New Zealand Ministry of Foreign Affairs and Trade, SADC Secretariat, and private sector, among others.

Pablo has significant professional experience in issues related to international trade, having assisted Sub-Saharan African countries promote intra-regional trade, raise trade competitiveness, and advise on e-commerce and digital trade. He has been involved in the development of trade policy reports for a number of Sub-Saharan Countries, such as Botswana, Mauritius and Comoros, and has also actively participated in the development of a number of National Export Strategies across the world, such as in the Ukraine, Curacao, Mongolia, etc. Pablo has also contributed to a number of global aid for trade evaluations in the area of trade facilitation, export promotion and policy support. Pablo provides strategic advice to companies in their global expansion efforts by analysing market opportunities and providing legal advice on the company’s operational activities.

Below are some of Pablo’s most recent advisory work for clients:

Pablo holds a Bachelor in Law and a LLM in International Economic Law and Policy (IELPO LLM) from the University of Barcelona, and a Masters in Legal Practice (Master de Acceso a la Abogacia) from Catalonia’s Open University.