Beyond the hype: Digital Economy

Beyond the hype: Digital Economy

E-payments have been around for almost 150 years, undergoing a slow but gradual transformation. It started with the Western Union’s debut of electronic fund transfer (EFT) in the 1870s, followed by the Federal Reserve of America’s use of the telegraph to transfer money in the 1910s. In the 1950s, Diner’s Club International established itself as the first credit card company, with American Express soon following. In 1959, American Express introduced the world to the first plastic card for electronic payments, which is still dominant in large developed markets. In 1972, the Automated Clearing House (ACH) technology was developed to batch process large volumes of financial transactions, which is essential to the processing of small value, large volume retail payments.[2] The introduction of the internet and the world wide web in the late 20th century served as a huge imperative to lead commerce and payments to enter a new, enthusiastic era. In the 1990s, online internet banking services were offered to bank customers. Then came the popularisation of mobile phones and smartphones which paved the way for mobile web payment (WAP) in 1997 and the current wave of mobile payments apps, such as PayPal, Samsung Pay, Apple Pay, AliPay, and WeChat Pay, just to name a few.

New technologies have driven the progress of industrial advancement over time. The first industrial revolution started at the end of the 18th century with the invention of the steam engine and resulted in mechanisation. The second wave of industrial revolution followed almost a century later (around 1870) with massive technological advancements in energy storage and distribution (electricity), the invention of combustion engines, telegraph, and telephone communication. Automation and scale economy production dominated industries over the next century, until the third revolution emerged in the late 1960s. The third revolution saw commercialisation at the scale of electronics and computers, and the introduction of the first communicating network of computers (which took twenty years of evolution to become the world wide web as we know it today). Less than 40 years later, the fourth revolution started around 2010, characterised by large scale digitalisation, the emergence of the Internet of Things (IoT), machine learning, advanced robotics, Artificial Intelligence (AI), Blockchain, Cloud Computing, Big Data and 3D printing. 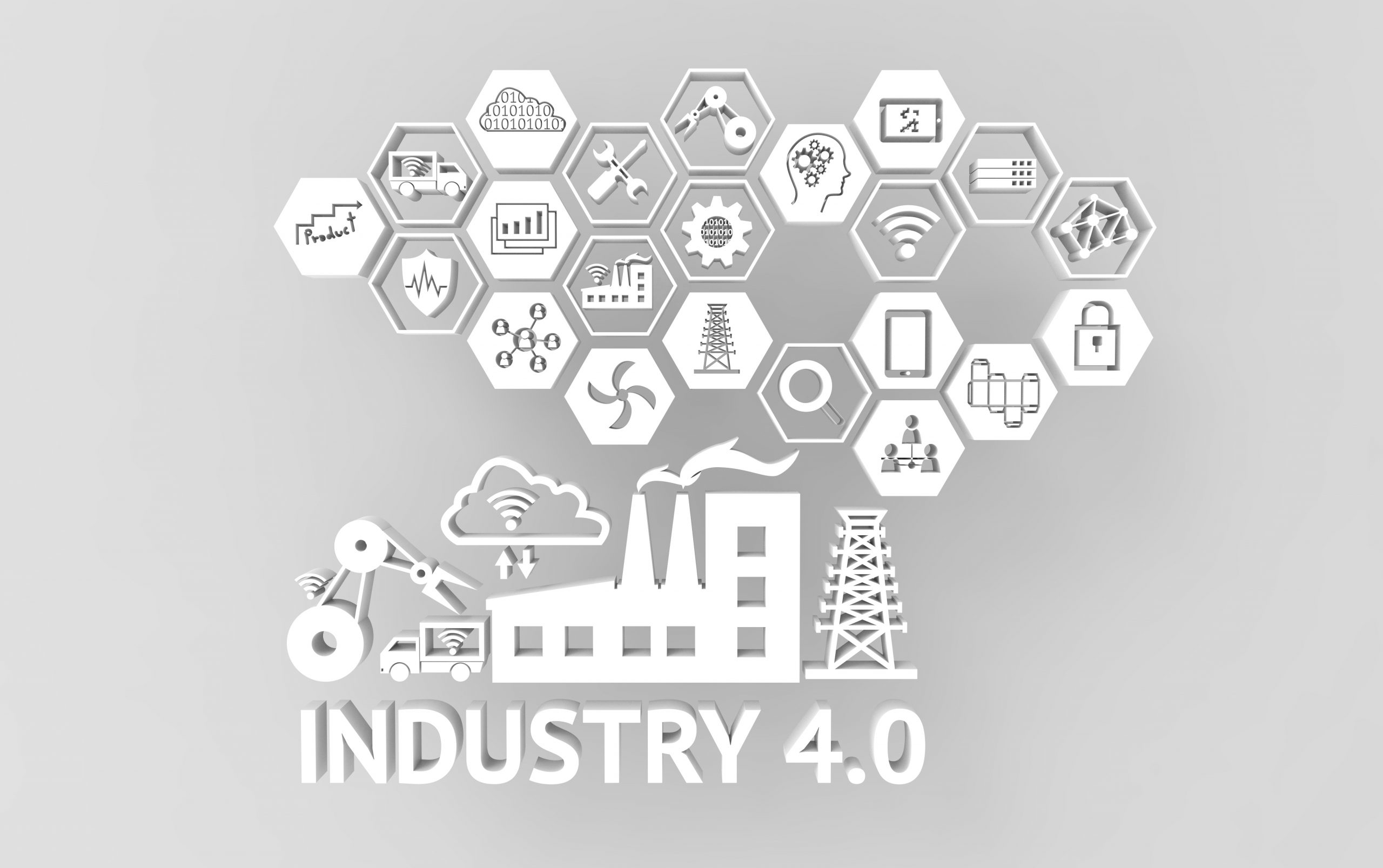 Dazzling as it sounds, the digital economy has been around for over a generation. Having been used in earlier publications, the term was considered to be further promoted by Don Tapscott in his 1995 book “The digital economy: Promise and Peril in the Age of Networked Intelligence.” Due to the evolving nature of the digital transformation, a unique definition of the term has not been agreed upon. The Organisation for Economic Co-operation and Development (OECD) proposed this definition:

Multiple concepts are arising around the digital economy, such as E-Commerce, Platform Economy, Sharing Economy, etc. E-Commerce occupies a part of the digital economy whereby “production, distribution, marketing, sale or delivery of goods and services by electronic means.“[2] Platform economy or sharing economy leans more on the shift of business paradigm. As put by Kenney and Zysman (2015), “if the Industrial Revolution was organized around the factory, today’s changes are organized around platforms, algorithms applied to enormous databases running in the cloud.”[3]

Governments are nurturing the digital economy in several ways. Almost all countries now have embedded digital components into national development strategies, aiming to increase the ICT infrastructure, leveraging e-commerce, and digital connectivity. Among the most prominent efforts are e-government and smart city initiatives that aim to create futuristic urban centers. According to Statista, spending on smart city initiatives worldwide is forecast to more than double between 2018 and 2023, increasing from USD 81 billion in 2018 to USD 189.5 billion in 2023.

Governments are also nurturing digital entrepreneurs through techno parks and innovation hubs. From Africa to Asia, many have set ambitious goals to become the next ‘Silicon Valley’ or ‘Digital Hub’. In Africa as an example, the number of tech hubs has grown by almost seven-fold, from 90 to more than 600 tech hubs during the 2014-2020 period, ranging from incubators and accelerators to co-working sites.[4] Some can be named iHub in Kenya, BongoHive in Zambia, SmartXchange in South Africa, and Hive Colab in Uganda. 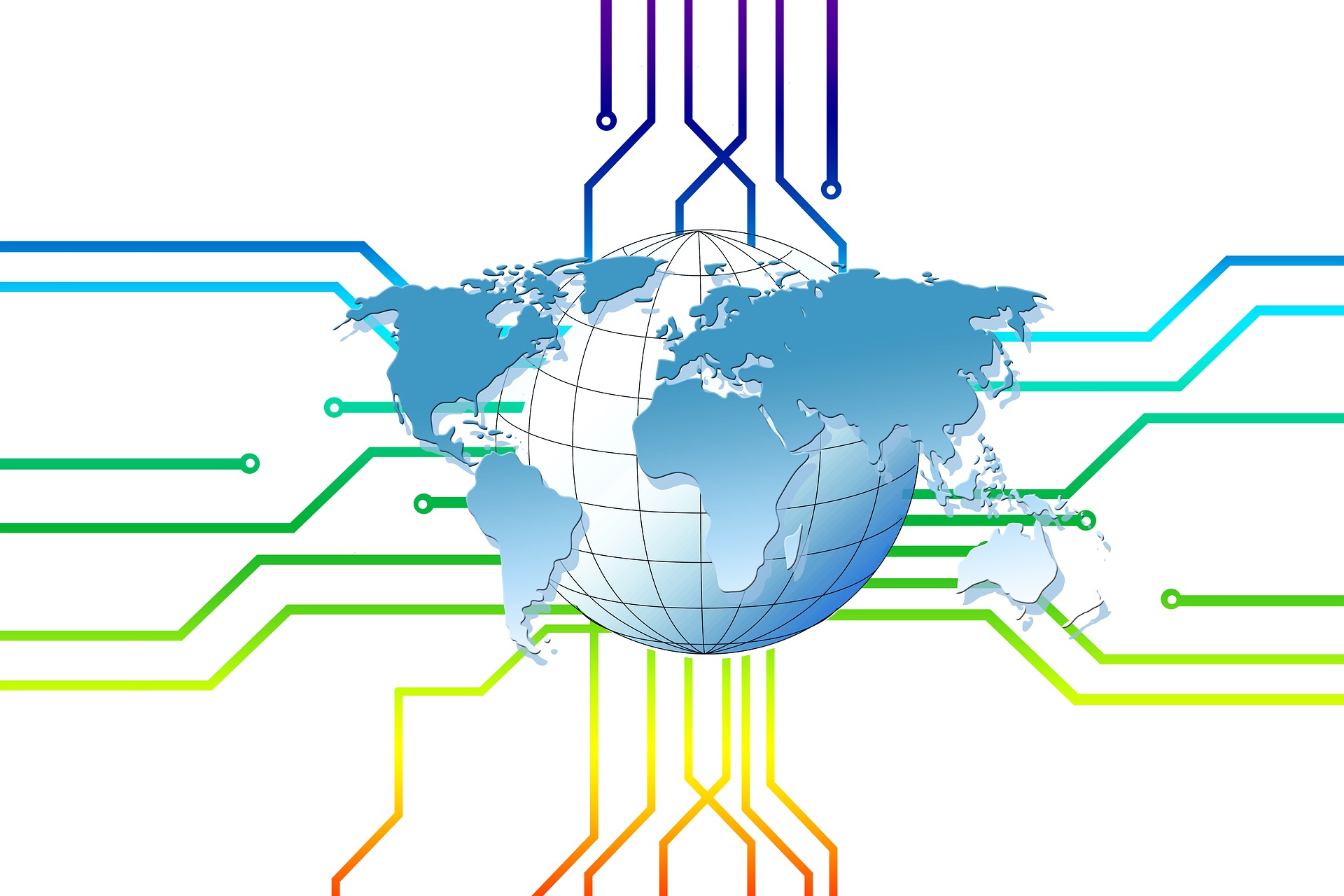 Digitalisation has no doubt become the playground for businesses in all sectors.  The most visible and discussed models have been seen in the business-to-consumer (B2C) area. The shift in the business paradigm in the digital era was summarised succinctly by Tom Goodwin in 2015 “The world’s largest taxi firm, Uber, owns no cars. The world’s most popular media company, Facebook, creates no content. The world’s most valuable retailer, Alibaba, carries no stock. And the world’s largest accommodation provider, Airbnb, owns no property.”[5] In the digital era, business value no longer stays within the tangible assets, but on the capability of its network to connect the individuals (i.e. the platform). The power of platforms is reflected in the fact that seven of the world’s top eight companies by market capitalisation use platform-based business models.[6]

In global digital trade, there exists an undeclared race among behemoth consortia – bringing partnerships between tech firms, banks, logistics service providers, etc. in their efforts to drive the digital changes. Huge investments and strategic alliances have been formed around the “digital trade platforms” – a marriage of business process and technology (mostly distributed ledger technology, or blockchain). So far, there are about 40 platforms powered by blockchain technology that aims to dematerialise the whole international trade flows, from trade finance and insurance to trade logistics and supply chain, and the “periodic table” is expanding (see Patel & Ganne, 2019).[7] While speed, adaptation and customisation are all driving the business, many platforms are trying to reach a scale to recover large investment costs in technology. Competition will reveal the leader and the followers. 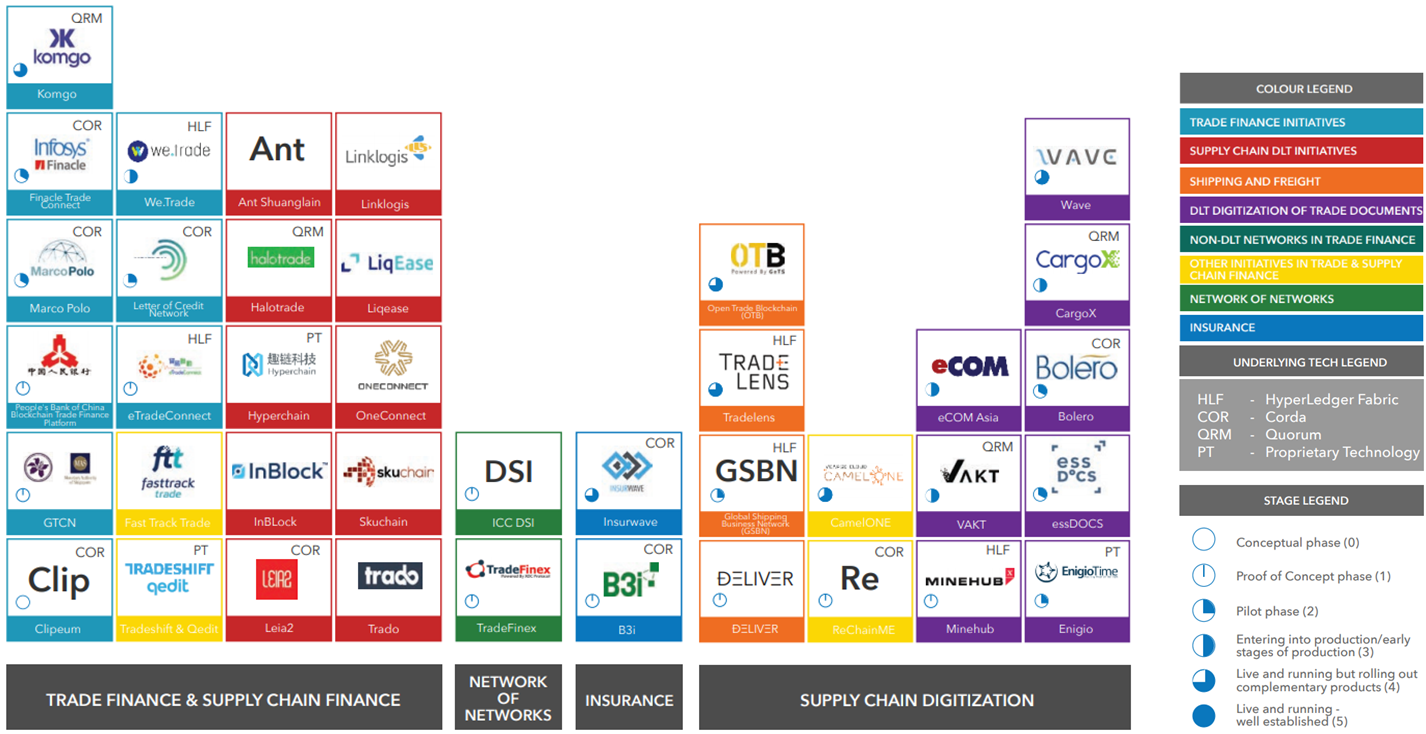 Lessons can be learned from recent history. This platform race reminds us of the browser wars[8] that started 25 years ago, only at a much larger scale with more formidable competitors. During the first browser war, Microsoft’s Internet Explorer (IE) eventually won the market despite being technically inferior. Regardless of the speculation around the anti-trust matters with the giant tech firm, IE was able to dominate the market (albeit shortly!) thanks to the strategic move of the firm by focusing on marketing features and free bundling of the browser into computer operating system (OS) over which Microsoft had control. However, IE eventually lost due to its sluggish approach to updating features to suit the needs and tastes of increasingly sophisticated users. By analogy, the lessons learned from the browser wars can be considered for the platform’s one: technology is a big part of the puzzle, but marketing strategies, modernising business processes, and proven values to users matter too. In the digital arena, trust and governance also matters: B2B private platforms have difficulties in scaling as nobody wants to join someone else’s network (especially when it belongs to one’s competitor).

Despite all the hype around the digital economy, the fact is that we are still at a very early stage of full-fledged economic digitalisation. Considering all the potential being envisioned in a sci-fi movie where everything is connected and be done by via a flick of a finger, it takes more than digital infrastructure and technology to realise the potential of the digital economy. At the macro level, while broadband connectivity and new technologies such as blockchain and cloud computing serve as the building blocks, the right strategy and sufficient skill sets will be the steering elements to drive the digital agenda forward.

Disruptions will be a reality instead of just a probability. At International Economics, we help companies adopt the right strategic frameworks built on strong, resilient inclusive models to navigate and take advantage of this new digital business environment. Our extensive international experience coupled with our innovative solutions using economic models, data science and qualitative tools have helped governments and companies overcome emerging challenges arising from digitalisation. Our work in the digital arena has helped customers not only retain existing customers but uncovered ways of reaching new customers.  We have built systems helping customers identify the most attractive markets, carry out in-depth analysis of sectors using advanced analytics and technical know-how, as well as discover the export potential of products. We help our Clients build roadmaps for digitalisation based on our experience of e-commerce and digital trade facilitation for B2C, B2B and B2G transactions.   The digital era is here, allow us to bring positive change to efficiency and customer oriented results in your organisation!

[1] OECD (2020). A Roadmap toward a common framework for measuring the Digital Economy. Report for the G20 Digital Economy Task Force. Saudi Arabia, 2020. Available at https://www.oecd.org/digital/ieconomy/roadmap-toward-a-common-framework-for-measuring-the-digital-economy.pdf

[3] Kenney & Zysman (2015). Choosing a Future in the Platform Economy: The Implications and Consequences of Digital Platforms. Available at https://brie.berkeley.edu/sites/default/files/platformeconomy2distributejune21.pdf

[5] Goodwin, T. (2015). The Battle is for the Customer Interface. Available at https://techcrunch.com/2015/03/03/in-the-age-of-disintermediation-the-battle-is-all-for-the-customer-interface/

[7] The list was created in the form of a ‘periodic table’ with intentional blank spaces, just as Mendeleev did with his first periodic table of chemical elements: gaps are left for the unknown growth and changes. See more in Patel, D., & Ganne, E. (2019). Blockchain & DLT in Trade: A Reality Check. Available at https://www.wto.org/english/res_e/booksp_e/blockchainrev19_e.pdf

[8] The “First Browser War” happen during the late 1990s pitted Microsoft’s Internet Explorer against Netscape’s Navigator. The subsequent browser wars continued with the decline of Internet Explorer’s market share and the popularity of other browsers including Firefox, Google Chrome, Safari.